We had Oren Leavitt as a house guest during Folsom Fair weekend
and two friends, Jaime and Jorge, visiting from Bogata, Columbia,
were here visiting the city and enjoying the festivities.  Here are
some photos taken during the weekend... at home and around the city.

Here are photos of Bill and Oren 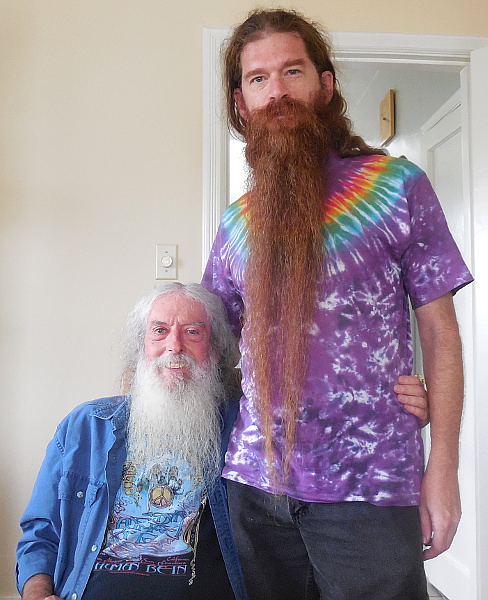 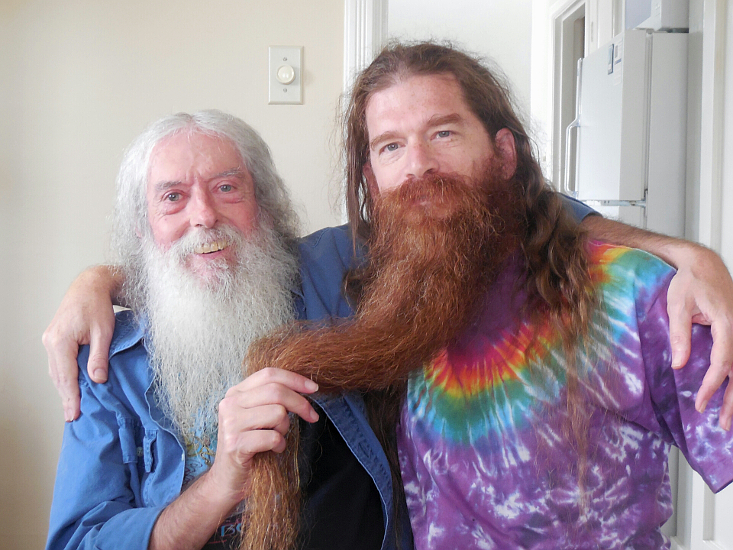 We took Oren, Jaime and Jorge on a tour of the city.  These
pictures were taken at the observation area on Twin Peaks.
l to r: Jorge, Jaime, Bill and Oren 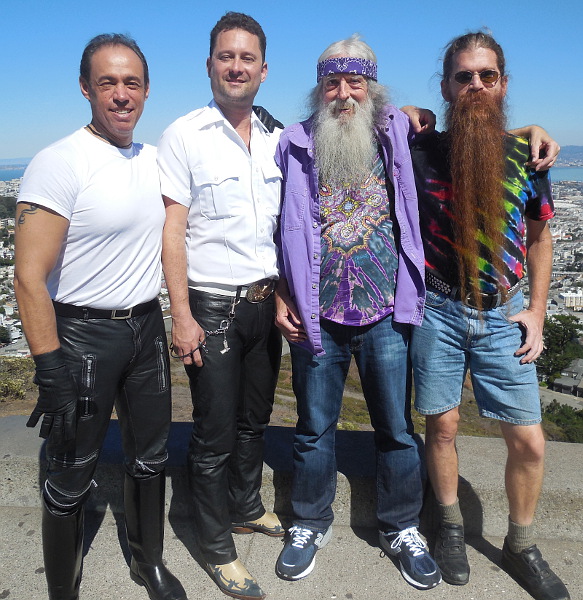 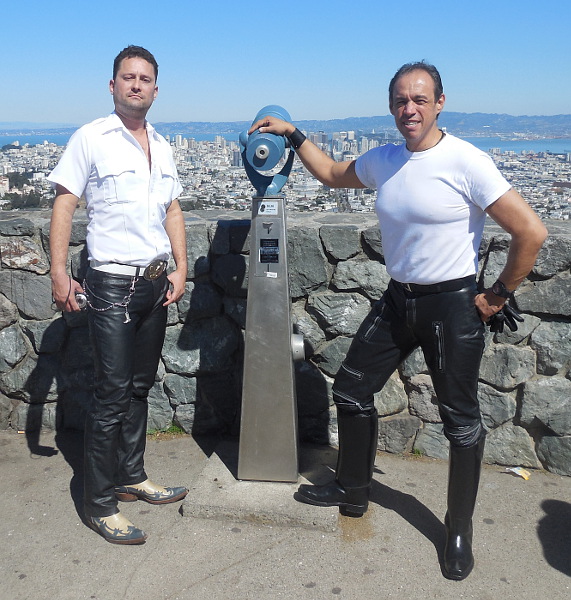 Larry and Jaime with the view of the city behind them 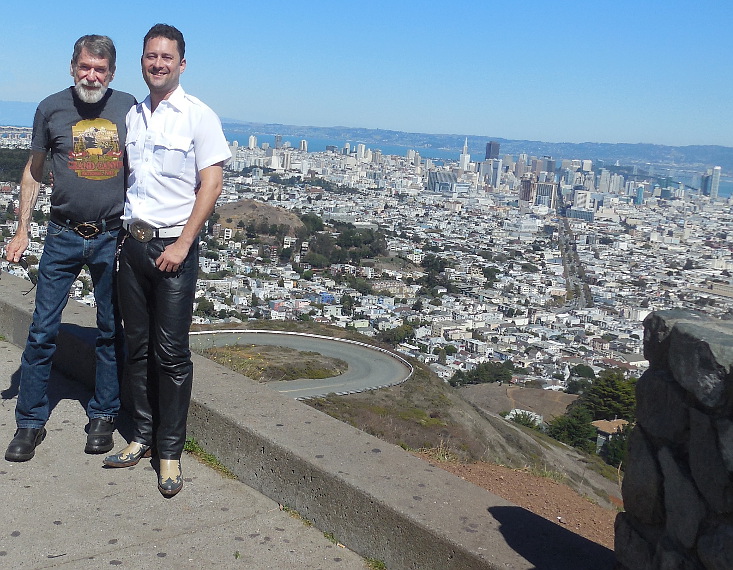 These photos were taken at Lands End overlooking the Golden Gate
Oren, Bill, Jaime and Jorge 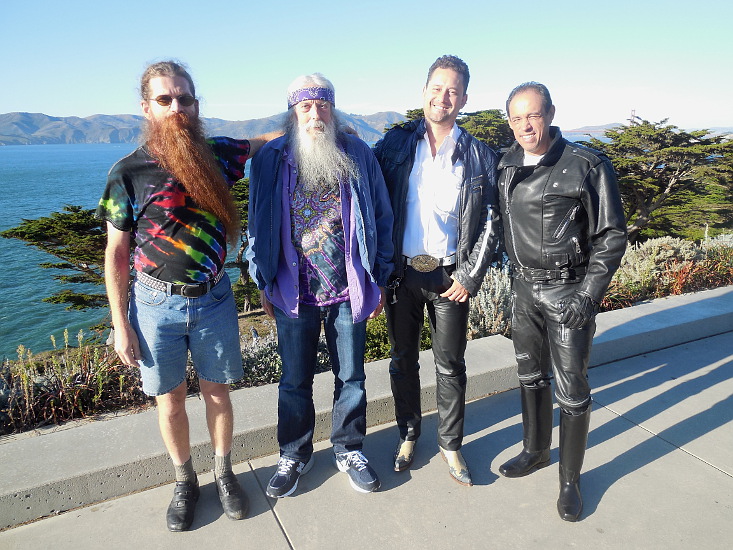 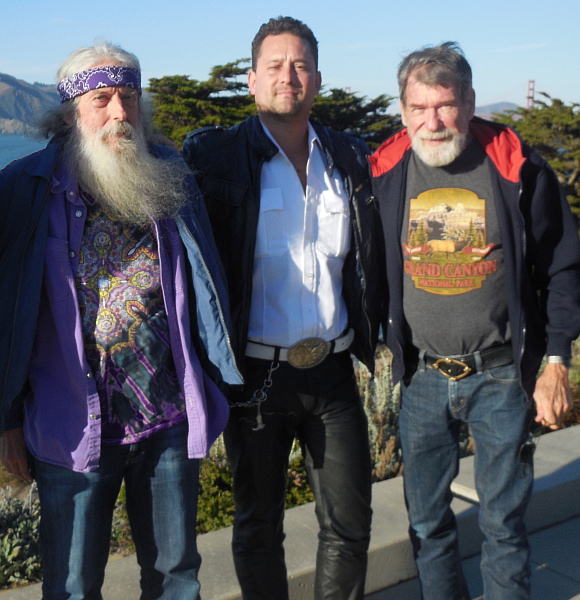 This picture was taken at a Bootmen's Dinner that Larry hosted.
Clockwise around table: Dirk, Oren, Bill, Larry, Lexx and Chris 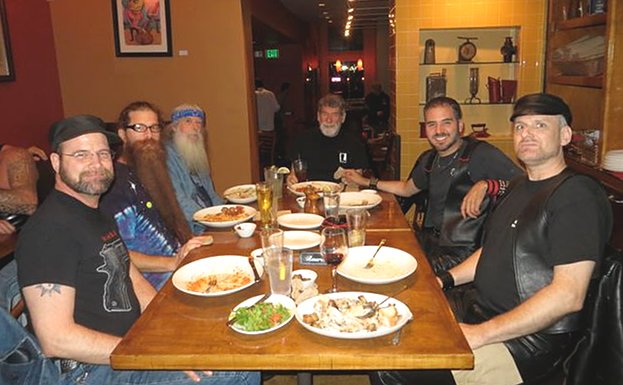 Here are photos taken during the Folsom Street Fair 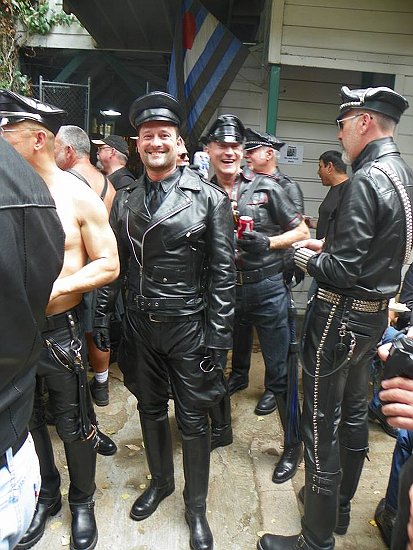 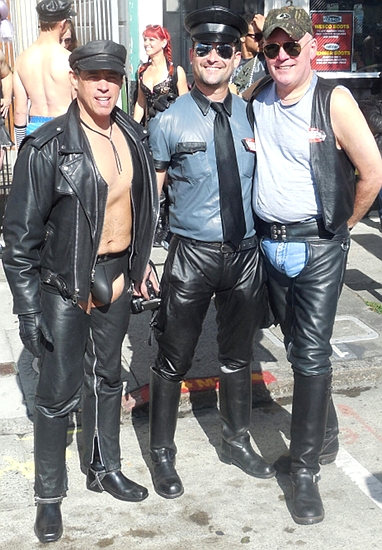 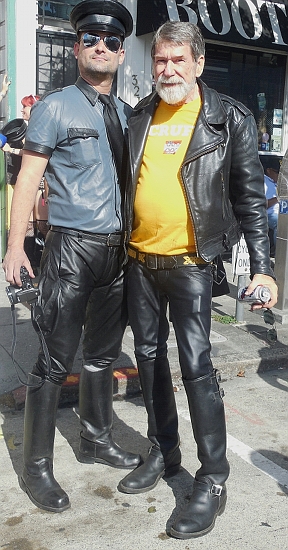